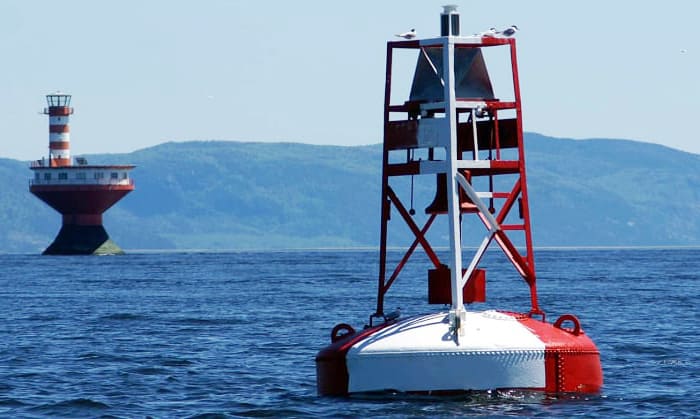 What is a control marker? Instead of the traffic lights on the streets, a control marker buoy is used on waterways and passages. It’s represented by buoys, marks, lights, and beacons. These are essential for complying with the IALA or International Association of Marine Aids to Navigation and Lighthouse Authorities.

Control markers are in different shapes, marks, colors, and light combinations. Every boater should know how to identify them so they can sail safely. There are several of them but it will be easy to memorize and tell them apart.

Knowing the Various Symbols of a Control Marker

To keep yourself safe and those you come across when sailing, you have to be familiar with every boating control marker. Spend some time reading each item. Which of the following is a control marker you haven’t encountered yet?

These are for marking safe water zones and directing traffic. Every marker is associated with numbers and colors.

Note that every number and color have the same meaning even if they appear in different buoys.

You would see this on the starboard on the right side of your vessel when heading upstream and going to an open sea. The number increases without interruption. 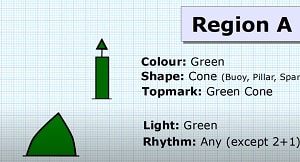 It’s the same as the previous marker as it’s used when proceeding upstream and entering an open sea. But this green light is located on the left side where the port is. Similar to the red light, the number consecutively increases.

Furthermore, here is the complete guide about red and green makers for your reference. 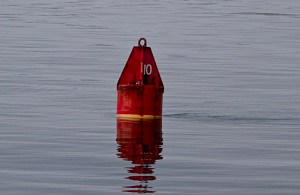 This is in the form of a cone with even numbers and red marks. There’s a mark on the channel’s edge on the right side or starboard during the entrance to the open sea or upstream. 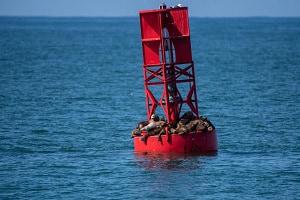 These are cylindrical buoys with odd numbers and green marks. They serve as markers for the left side when the vessel enters the open sea or goes upstream.

2. Other Kinds of Markers and Buoys 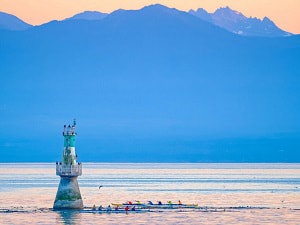 This is the term for passing through the correct course when heading back from the open sea or upstream.

This is a permanent sign on structures like posts erected in the water. The common ones are the red triangle for nuns and green squares for cans. Some of them have lights.

It’s a control buoy that identifies dangers and wrecks. You’ll find them with blue and yellow stripes in a spar or pillar form. There’s a yellow cross on the top. The flashing of blue and yellow lights alternates at a pace of one second. In addition, darkness goes on for half of a second.

Navigating the safest and deepest waters is possible through cardinal markers, but you have to use a compass. To be specific, they’re used to mark:

The cardinal markers have yellow and black bands with a pair of cones above them. The different directions are shown so you can determine the safest and deepest part when boating.

This tells you that there’s safe water to the marker’s north. It has a top cone that points up and there are quick, non-stop flashes of white light.

The cone points down as an indication that you’ll be safe to go to the southern part. Six quick flashes of white light will be seen at night followed by a long flash for 10 to 15 minutes.

This marker shows that you’ll be safe to the east. Two top cones are so close to creating an egg shape to make it easy to remember ‘east’ as both words start with ‘E’. Three white light flashes every 5 or 10 seconds.

To the west of this marker, you’ll find a safe area. The top cone is arranged opposite the east cardinal marker. So, it looks like a glass of wine. Thus, you can easily think of ‘west’ because of the letter ‘W’.

4. Non-Lateral Markers (for lakes and rivers) 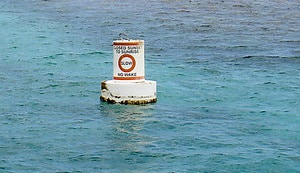 You should know that there are no numbers on navigation markers of the Western Rivers System. Although they may have numbers on day markers, they’re not associated with the channel’s right and left sides. These numbers only show the length of the river’s mouth.

Furthermore, non-lateral markers tell you that the water edges are safe. More of their functions are:

With red and white vertical stripes, it tells you that the water on both sides is unobstructed. It’s a marker for fairway and mid-channel, but it can also be transferred to either side.

You’ll find this marker with black and white stripes, and it means that there’s an obstruction to navigation. It’s not safe to pass through these buoys and nearby shore.

The prominent feature of the mooring buoys is the blue horizontal band on a white background. It’s displayed on marinas and areas that are intended for anchoring. These buoys can be tied up.

What is a control marker? There are various markers and buoys that you can see when sailing but they’re all about everyone’s safety. Some of them have lights so they can warn or send you a message at night. Don’t take these things for granted to have an enjoyable sailing trip free from any danger.